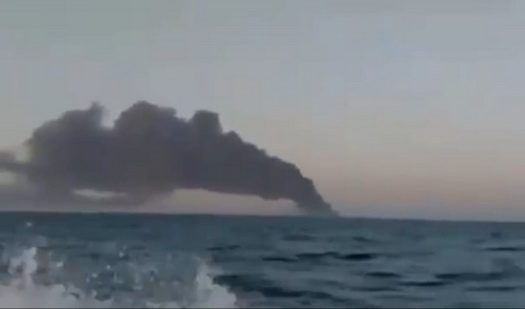 ran’s largest navy ship the Kharg sank on Wednesday after catching fire in the Gulf of Oman, but the crew were safely rescued, Iranian media reported.

No further explanation was given for the latest incident in a region of sensitive waterways, where there have been accusations of attacks on ships owned by arch-enemies Iran and Israel.

State TV said the fire on Iran’s highest-tonnage naval vessel started around 2:25 a.m. on Wednesday near the Iranian port of Jask, where it was on a training mission.