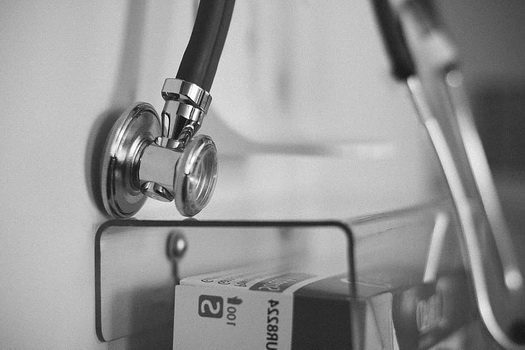 The American Academy of PAs has taken the first step towards more autonomy for PAs across the country with a name change that returns the title of Physician Assistant to its original Physician Associate.

While the name change may appear semantical, it actually represents a well-thought-out step towards better communicating the autonomous nature of PA practice as integral members of the healthcare team.

Created in the mid-1960s, the PA profession was spearheaded by Eugene A. Stead Jr., MD, of the Duke University Medical Center in response to a shortage in primary care physicians following the Vietnam War. To help reduce the shortage, Dr. Stead selected just four Navy Hospital Corpsmen who had received considerable medical training during their military service and gave them a similar education to the fast-track training of doctors during World War II. The PA academic and clinical curriculum was created together with physicians, and is compared to the second and third year of medical school.

Graduating in 1967, the class was federally accepted in the early 1970’s with the establishment of a national certification process and standardized examination, and development of continuing medical education requirements. In New York State, PAs were established as overseen by the New York State Board of Medicine and issued licenses by the NYSED, the same as MD’s.

“With the evolution of medicine, the PA profession has also evolved”, states Maureen C. Regan, MBA, PA-C, DFAAPA, FACHE President of the NYS Society of PAs . “PAs see patients of every age group in every discipline of medicine and in every healthcare setting, inpatient and outpatient. PAs can be found as workforce solutions in School Health, Mental Health and Occupational Medicine. The profession is a significant healthcare workforce solution in urban, suburban and rural areas”.

Since its acceptance in the 1970s, a requirement that each PA to work under licensure supervision of a Physician has caused significant roadblocks for patient access. Physicians do little, if any, real supervising especially for seasoned PAs; the relationship is much more collaborative.

The supervision issue has since been addressed in some states, including Massachusetts, North Carolina, Rhode Island, and Vermont, which allow a larger degree of autonomy for PAs through affiliation agreements rather than direct supervision.

Another issue became one of the name “Physician Assistant” itself.

PAs already practice with a great deal of autonomy, with no physician required to be onsite in most situations, making the term “assistant” misleading. Many people routinely confused PAs with a “Medical Assistant” or other medical personnel not trained to provide primary medical services.

To take the first step in addressing these issues, the AAPA House of Delegates passed a resolution this past week to change the name from “Physician Assistant” to “Physician Associate”, alleviating the misunderstandings and paving the way for further change. “The AAPA House of Delegates (HOD) today passed a resolution affirming “physician associate” as the official title for the PA profession by a majority vote of 198 to 68,” the AAPA who represents PAs nationally wrote. “The vote followed several hours of deliberation by HOD members and several years of study by an international marketing and communications firm.”

This decision has been met positively by many physicians across the country.

Despite the title change, the AAPA noted that “As the Board moves forward with implementation, each constituent organization will conduct its own deliberations about a title change to physician associate. It is inappropriate for PAs to hold themselves out as “physician associates” at this time until legislative and regulatory changes are made to incorporate the new title.”

Implementation of the title change will make it easier for PAs to be part of the solution to provide necessary care to those who currently do not have access to care and a better appreciation of the PA profession by those who PAs currently treat.