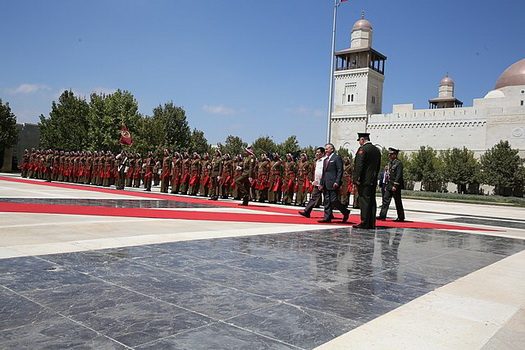 Jordan’s former crown prince was asked to “stop some movements and activities,” the country’s top general said Saturday, as other members of the royal family were arrested in a sweep believed to have foiled a coup plot against the country’s King Abdullah II.

Gen. Yousef Huneiti, the army chief of staff, denied reports that Prince Hamzah bin Hussein, 41 — the king’s half-brother — was arrested along with nearly 20 others taken in for “security reasons.”

The prince was asked, however, to stay at his palace in Amman and not use social media.