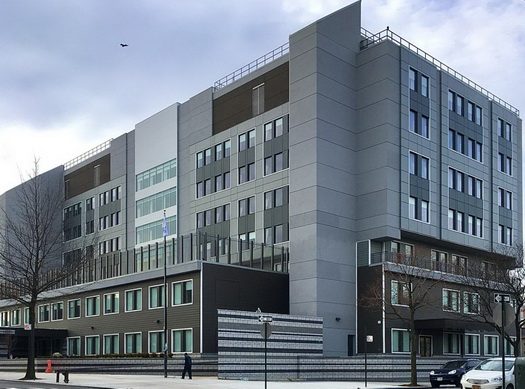 New York state has announced guidelines for the resumption of visitation at nursing homes, which will take effect Friday.

In counties where the COVID-19 positivity rate is below 5%, testing of visitors will be encouraged but not required.

In counties where the positivity rate is between 5% and 10% on a seven-day rolling average, visitors must obtain a negative PCR or Binax rapid test within 72 hours of the visit. The state will work with nursing homes to provide these rapid tests, Health Commissioner Dr. Howard Zucker said in announcing the new guidelines Monday. In these counties, visitors needn’t be tested if they have received their second COVID vaccine shot between the past 14 and 90 days.

In counties with a positivity rate greater than 10%, visitation will be banned.

Visitation will continue to be restricted in a nursing home that has had a positive COVID case in the past 14 days.

A maximum of 20% of residents can have visitors at any one time, Zucker said, because “we’re trying to make sure we don’t overwhelm the nursing homes.” Visitors should be alone in their room at time of the visit.

A “vast majority” of nursing home residents have already been vaccinated, Zucker said.

Visitation will always be permitted, and the requirement of a negative COVID test waived, for purposes of “compassionate care,” which includes: Newly admitted residents with difficulty adjusting to the facility and lack of in-person family support; residents recently grieving the loss of a friend or relative; residents who require help from family to eat or drink and are now experiencing dehydration or weight loss; residents who are exhibiting signs of emotional distress; and residents who receive religious or spiritual support from clergy or a layperson.

Gov. Andrew Cuomo had announced last Friday that new visitation guidelines would soon be implemented, per guidance from the federal Centers for Disease Control and Centers for Medicare & Medicaid Services. The detailed guidelines were announced by Zucker at the governor’s press conference on Monday.

The announcement comes as the Cuomo Administration continues to face sharp criticism for its handling of nursing homes during the COVID pandemic. Critics blame a March 25 directive that nursing homes not refuse to accept COVID patients for causing many deaths, and the administration later admitted it hid the full nursing-home death toll from lawmakers. The administration says the directive was in line with federal guidance and disagrees that it caused deaths, and that it only revealed the numbers of nursing-home residents who actually died in nursing homes, not including those who were sent to hospitals and died there, for fear of an investigation by the Trump Administration’s Justice Department. In all, more than 15,000 residents of nursing homes and adult-care living facilities have died of COVID.

On Sunday, Cuomo announced the first case of the South African variant has been found in a New York State resident, who lives in Nassau County. Last week, a Connecticut resident who had been hospitalized in New York City was found to have that variant.