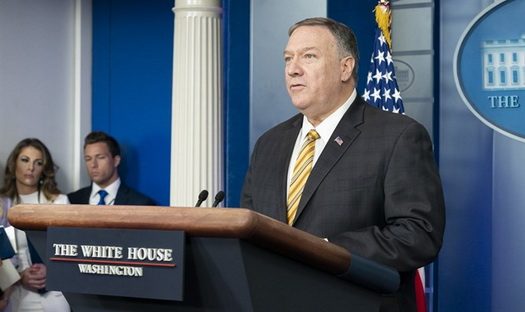 US Secretary of State Mike Pompeo warned Tuesday that the al Qaeda terrorist organization is using Iran as its new home base from which to launch terrorist attacks around the world.

“Today I can confirm, for the first time, his death on August 7 of last year,” Pompeo said. “The [New York] Times wrote: ‘That he had been living in Iran was surprising given that Iran and al Qaeda are bitter enemies.’ They could not be more wrong.”

“It wasn’t surprising at all. And more importantly, they’re not enemies. Al-Masri’s presence inside Iran points to the reason that we’re here today … Al-Qaeda has a new home base: it is the Islamic Republic of Iran,” he declared.

“As a result, Bin Laden’s wicked creation is poised to gain strength and capabilities. We ignore this Iran-al Qaeda nexus at our own peril. We need to acknowledge it. We must confront it. We must defeat it,” Pompeo said.