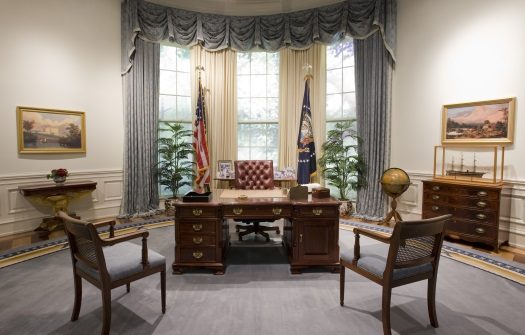 We can all argue amicably over the merits and value of voter fraud claims in the last US election, sadly though, the mainstream media has taken an entirely different view, and we must take a minute to separate the facts from the fiction.

We all know that each media outlet is biased, sometimes it’s obvious, and other times not.

These are obviously one-sided, and the articles they accompany are just as biased. What these mainstream outlets seem so against admitting, is that Trump has a real argument and a strong possibility of actually winning the presidency.

So let’s take a look at the reality of the situation.

At the press conference in question, the lawyers for Trump outlined their case to the public, going so far as to provide signed affidavits of coordinated voter fraud. The voter fraud claims ranged from the same ballot being cast multiple times, and dead people voting, to claims of a paid-for election and a conspiracy-like rigged voting system.

Vast voter fraud on multiple levels is a mind-boggling concept that hinges on a conspiracy theory that is generally discarded, at least until evidence is provided.

While the mainstream media continues to pretend that the evidence doesn’t exist, Trump’s legal team has actually already provided evidence of voter fraud in multiple states in the form of multiple signed affidavits, many of them already released to the public.

While a signed affidavit doesn’t constitute proof, it does constitute evidence, something the mainstream media apparently does not wish that you understand.

Just hours after the press conference this past week, Politico preferred to ignore what was provided, writing that; “In fact, two weeks have elapsed since Election Day, there is still no evidence to support accusations of mass voter fraud, and the 2020 election has been deemed to be “the most secure in American history” by a group of federal officials, election supervisors and voting technology vendors.”

Other providers of news including Twitter and Facebook, have taken it upon themselves to censor the information provided, slapping labels announcing the winner of the election as Joe Biden, ignoring the fact that the election is far from over.

While we wait to see if the evidence provided will be accepted and the election turned over to the House of Representatives, the mainstream media prefers to brainwash the public into believing that the election is over and no evidence of fraud exists. The truth is far from it.

All the Trump campaign has to do is prove that enough fraud occurred to have potentially created an alternative outcome of the election, not prove that Trump actually won the vote. With the razor-thin winning margins, such proof is definitely attainable.

Once that happens, the election is turned over to the house of representatives, where each state will have a single vote to elect the president. As it stands now, Trump would have 27 of the 50 votes, potentially handing him the presidency.

Perhaps the most important revelation of this entire fiasco comes in the form of the Dominion voting system. Dominion is a major provider of voting systems across the globe and has been used in elections claimed by the US as fraudulent.

While at this point there is no way to know if the accusations are true, if they are, they are likely to cause a collapse in democracies worldwide as multiple elected officials are likely to be outed as having bought their way into office.

Either way, this election has already eroded the trust in the democratic process and the rollercoaster ride is not yet over.