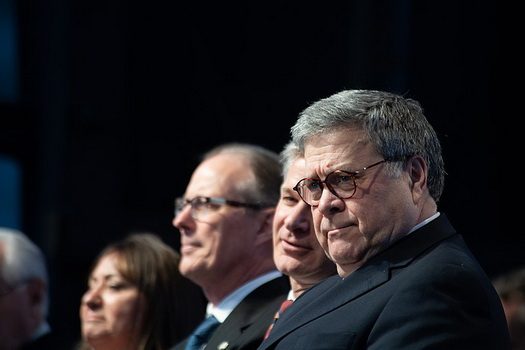 In perhaps the most significant election news since Georgia announced an official recount, Attorney General William Barr has authorized federal prosecutors across the country to pursue “substantial allegations” of voting irregularities before the 2020 presidential election is certified.

The news, originally broken by the Associated Press, paves the path for Trump to “even the odds,” and brings the federal government clout to the multiple voter fraud investigations.

Such potential investigations include sworn reports in Pennsylvania where postal supervisors allegedly had workers stamp mail-in ballots with an earlier date, therefore “legitimizing” what would have otherwise been a void ballet.

Another substantial report out of Michigan showed that a program used to count the votes had switched the choice of thousands of ballots from Trump to Biden. With another 47 counties using the same software, the software “glitch” could have flipped a large number of votes in the close race.

Another major claim by the Trump campaign is that thousands of deceased people who were still on the voter rolls may have voted in the Nevada election, another incredibly close race.

Should the Department of Justice find substance in these claims, the already muddy waters of this contested election will likely end up in front of the supreme court, who will give a final verdict.