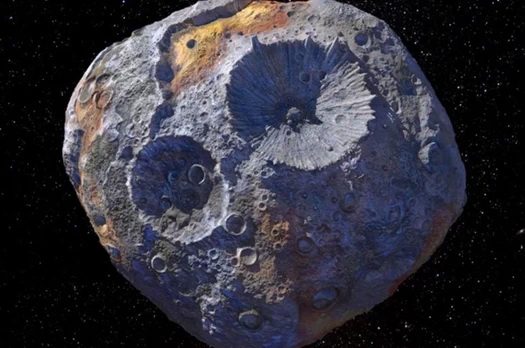 Artist's concept of the asteroid 16 Psyche

A unique asteroid hurtling through space puts our global economy to shame – with an out-of-this-world estimated worth of $10,000 quadrillion, according to a report.

NASA’s Hubble Telescope has discovered “16 Psyche,” a rare piece of heavy metal that is one of the largest objects in the Solar System’s main asteroid belt orbiting between Mars and Jupiter, Forbes reports.

Psyche, which is located about 230 million miles from Earth, appears to be metallic, unlike most asteroids, which are usually rocky or icy, according to the outlet.