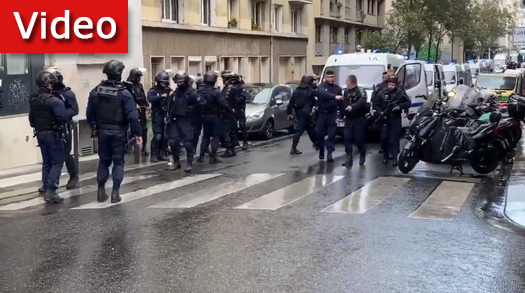 Four people were wounded, two of them seriously, in a stabbing attack in the 11th arrondissement of Paris Friday.

BFM TV reported that two perpetrators are on the run, though it now appears that only one assailant was involved in the attack. AP has reported that the suspect is now in police custody.

“Four people have been wounded and it seems that two are in a serious condition.”

One of the victims, a witness said, was a woman who had been smoking a cigarette on the street when she was suddenly attacked.

After being stabbed, the woman, who was bleeding profusely, ran into a nearby office to seek shelter.

The attack is reported to have taken place near the former offices of the Charlie Hebdo satirical magazine, and comes following a series of death threats against a Charlie Hebdo staff member.

The magazine was targeted by Islamic terrorists in a January 2015 attack which left 12 dead.