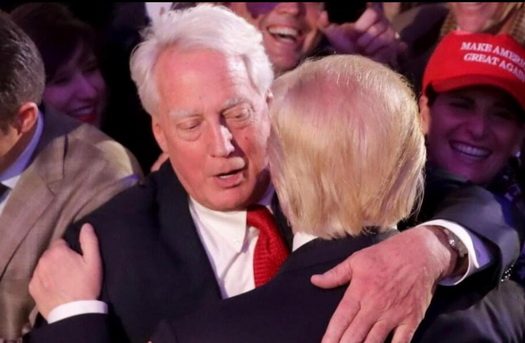 Robert Trump, brother of US President Donald Trump, has died in New York City at the age of 72.

The president had rushed to New York City Friday after news that his brother had been taken to the hospital.

A statement from the President was released Saturday on the passing of his brother Robert Trump: “It is with heavy heart I share that my wonderful brother, Robert, peacefully passed away tonight. He was not just my brother, he was my best friend. He will be greatly missed, but we will meet again. His memory will live on in my heart forever. Robert, I love you. Rest in peace.”