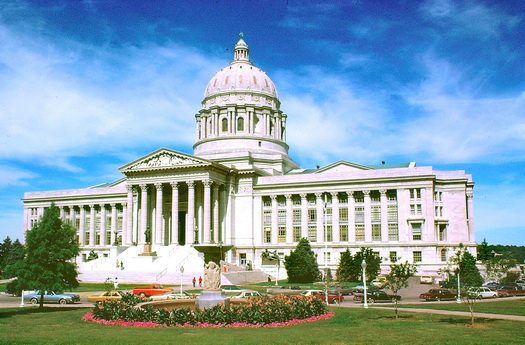 Missouri Governor Mike Parson on Monday signed into law a bill prohibiting the state from contracting with companies that boycott Israel, JNS reports.

The Missouri House of Representatives passed the measure by a majority of 95-40 in May. The state Senate passed it, 28-1, on April 30.

The Anti-Discrimination Against Israel Act prohibits Missouri and its political subdivisions from entering into contracts worth more than $100,000 with companies with 10 or more employees that engage in BDS.

Moreover, it exercises the state’s freedom to choose firms for contracts. It does not penalize or infringe on any individual’s right to free expression or penalize companies that choose not to do business with Israel for legitimate economic reasons.

With the approval of the bill, Missouri joins a host of states that have passed legislation against BDS in recent years. These include: Arizona, Arkansas, California, Florida, Georgia, Indiana, Kansas, Michigan, Mississippi, Montana, New Jersey, New York, Tennessee, Texas and Virginia.

“We applaud Governor Parson’s for signing this legislation and making clear that Missouri will not be party to the economic warfare waged by Israel’s detractors. Missourians can now rest assured that their tax dollars will not be used in furtherance of the anti-Semitic movement to boycott, divest from and sanction (BDS) Israel,” said CUFI founder and Chairman Pastor John Hagee.

“Even where it masquerades as anti-Zionism, we will continue to roll back the anti-Semitic tide that is sweeping across the country,” Hagee added.