« Rabbonim Ask Not To Visit Crown Heights, Including For Gimmel Tammuz
Trump says ‘National Guard is Ready’ to Take Action in NYC »

(Signing off for the night at Midnight, stay safe everyone,)

Update 11:57pm: Another 10 under arrest in Cooper Square. 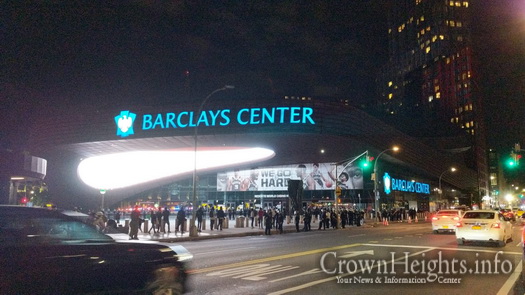 Update 11:12pm: Large group of nearly 1200 people going down Flatbush  from the Manhattan bridge towards the Barkley center.

Update 11:10pm: Aster and Boadway and available officers to respond.

Update 11:05pm: Waverly and Broadway, objects being thrown at officers.

Update 11:01pm: An unauthorized radio is keying over the officers, they are having a difficult time communicating in Manhattan.

Update 10:35pm: W25th between 6th and 7th, the protesters have set up a barricade in the middle of the street, and Police have orders to begin arresting them.

Update 10:33pm: W25th and 6th officers asking for additional as they are having objects thrown at them.

Update 10:25pm: Large group from the Manhattan bridge heading back to Brooklyn at this time.

Update 10:21pm: Police requesting corrections bus to the Manhattan Bridge where they are holding back a crowd from entering the city.

Update 10:03pm: Group leaving the back of Modells on Flatbush and Atlantic, Police monitoring.

Update 9:46pm: Officer requesting a large force to 14th and 4th Ave to arrest a large group for curfew violation.

Update 8:52pm: Officers on 99 and Madison are warned to watch the rooftops, as there are around 100 people there.

Update 8:35pm: 30 Under arrest on the West Side Highway. Again today, the focus of the violent riots appear to be in Manhattan.

« Rabbonim Ask Not To Visit Crown Heights, Including For Gimmel Tammuz
Trump says ‘National Guard is Ready’ to Take Action in NYC »