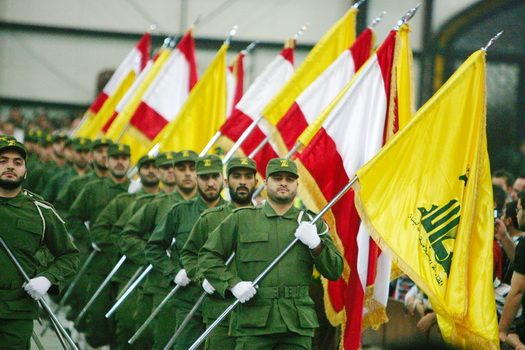 Germany Outlaws All Branches Of The Hezbollah Terror Group

The German Interior Ministry issued a federal order this morning to outlaw the Hezbollah terror group in Germany and has also taken enforcement measures under the provisions of the order.

In its reasons for taking action against Hezbollah, the ban cited the fact that “Hezbollah is a terrorist organization” that “has also carried out numerous attacks around the world, killing and injuring hundreds of people.”

It also cited a Federal Administrative Court ruling that “Hezbollah is to be considered an organization that opposes international understanding because it openly questions the right to exist of the State of Israel and calls for its violent elimination.”

“The rulings of the Federal Administrative Court still apply. … There are still current statements and evidence that Hezbollah denies Israel’s right to exist, does not consider the fight against Israel to have ended and, in case of a war with Israel, threatens to destroy major institutions and parts of the state or the national territory,” the ban reads.

Israeli Foreign Minister Israel Katz welcomed the decision, saying “It is a very important decision and a valuable and significant step in the global fight against terrorism. I would like to express my appreciation to the German government for the step and I am sure that many governments in the Middle East and victims of Hezbollah terror share this thanks.”

“I call on other European countries and the European Union to join and adopt this obligatory policy and call a spade a spade: Hezbollah, with its military and political arms, is a terrorist organization and should be treated as such. “