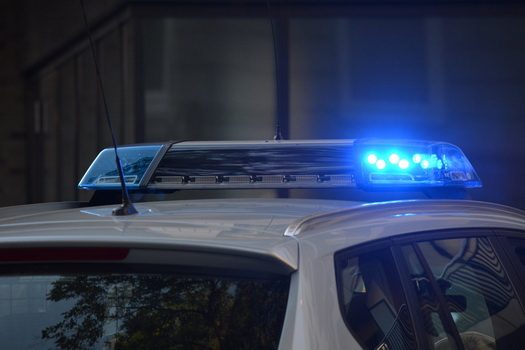 A car rammed two police motorcyclists in a suburb of Paris on Monday, police unions said, according to Reuters.

One of the officers was left in an artificial coma in hospital because of his grave injuries, the report said.

The act was deliberate, police unions said. Police sources said the 30-year-old driver was arrested at the scene and lived nearby in a working-class area close to where unrest erupted last week.

Psychiatric tests and searches were being carried out before a decision would be taken on whether to hand the investigation to France’s anti-terrorism prosecutor, said a source close to the investigation.

However, one source familiar with the investigation said the perpetrator targeted the officers to avenge events in “Palestine”.

According to the report, the officers had been stationary and conducting routine checks when they were hit by a black BMW.

Footage published in French media, including the website of daily newspaper Le Parisien, showed one police motorbike sandwiched between the crumpled bonnets of a police car and the BMW. Debris from a second bike lay strewn on the road.

Interior Minister Christophe Castaner hailed the response of officers who gave first aid to their comrades at the scene.

One of the two suffered fractures to both legs and a fractured skull and had been placed in an artificial coma, police sources said. The other was also hospitalized.

France has been hit by a number of attacks claimed by the Islamic State (ISIS) in recent years, the biggest one being the attack in November of 2015 in which 129 people were murdered.

More than 250 people have been killed in total in France since the start of 2015, when 12 people were murdered in an attack on the offices of the satirical magazine Charlie Hebdo attack.

Following the Charlie Hebdo attack, a man linked to ISIS shot and killed a policewoman in a Paris suburb before taking hostages at the Hyper Cacher kosher supermarket the following day, killing four more people.

In January, a 22-year-old radicalized man stabbed one person to death and injured two others in a park in the Paris area.

Earlier this month, a man armed with a knife attacked people south of Lyon, killing two people. A terror probe was subsequently launched into the incident.