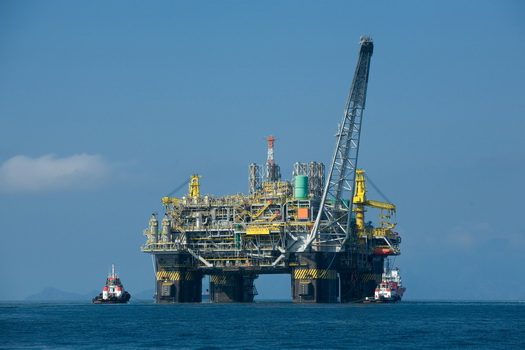 The price of oil plummeted in trading Monday, falling to the lowest level ever recorded.

The price of the primary US oil benchmark lost more than $50 a barrel Monday, falling below zero for the first time in history, reaching -$36 a barrel.

Oil prices have been in a long, slow decline since hitting a peak of $165 back in June 2008, falling to about $60 a barrel at the beginning of this year.

But the precipitous decline in travel worldwide and the economic collapse which have accompanied the coronavirus epidemic have lowered consumption to the point where suppliers now have shortages of storage space. With some refineries refusing to convert crude oil into fuel, the oil distribution system has nearly ground to a halt, leaving those with large stocks of oil scrambling to find additional space.

Because futures contracts sold before Tuesday trading required buyers to take possession of the oil by May, sellers were forced to pay buyers to take the excess oil off of their hands, leading the commodity into negative territory for the first time.

“If you are a producer, your market has disappeared and if you don’t have access to storage you are out of luck,” HIS Markit vice president Aaron Brady said according to a report by the New York Times. “The system is seizing up.”

The oil glut has left the world’s oil storage capacity, estimated at about 6.8 billion barrels, filled to some 60% of capacity.

Facing the unprecedented decline in oil prices, OPEC, the Organization of the Petroleum Exporting Countries, along with Russia and other major oil producers, committed last week to cutting oil production by 9.7 million barrels a day, amounting to a total cut of 10% in global oil production.

But experts say consumption has fallen by 29 million barrels a day, leaving a nearly 20 million barrel daily surplus which will continue to fuel the global oil glut.

“It’s not enough to tighten the market between now and the fourth quarter of 2020,” said David Fyfe, an economist at Argus Media.

Oil futures are expected to rebound at least partially on Tuesday, with trading in foreign markets showing US oil futures rising to just over $1 a barrel. With the May contracts expiring on Tuesday, pressure on purchasers of oil futures to store the oil will be partially alleviated, though trading in Asian markets Tuesday morning still reflect historic low prices for oil, with prices barely crossing into positive territory. 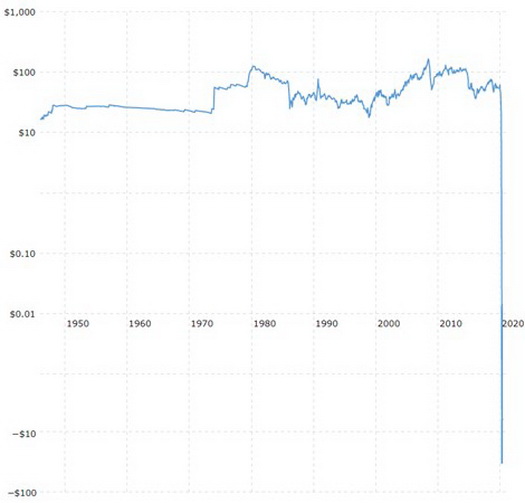