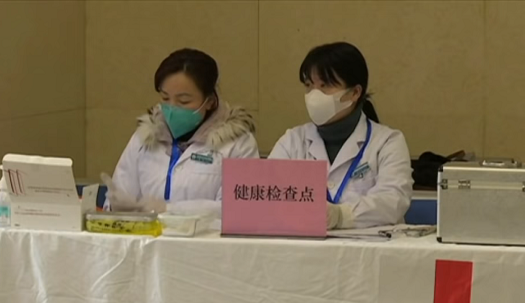 Public health officials have confirmed the first U.S. case of a mysterious coronavirus that has already killed at least six people and sickened hundreds of others in China, the Centers for Disease Control and Prevention said Tuesday.

A Snohomish County, Washington State resident who was returning from China was diagnosed with the Wuhan coronavirus, according to the CDC.

Officials said the patient, a male in his 30s, is “very healthy.” He is currently being isolated at a medical center in the state “out of caution” and “poses little risk” to the public, they said. The CDC said the man reached out to local health authorities on Jan. 15 once he started experiencing pneumonia-like symptoms.

CDC officials said they continue to believe the risk of it spreading to the American public is “low.” This weekend, the CDC and Homeland Security began screening people traveling to major airports in California and New York from Wuhan, China, where the outbreak is believed to have started. Health officials said Tuesday they will begin screenings at airports in Chicago and Atlanta. So far, they have screened more than 1,200 passengers.