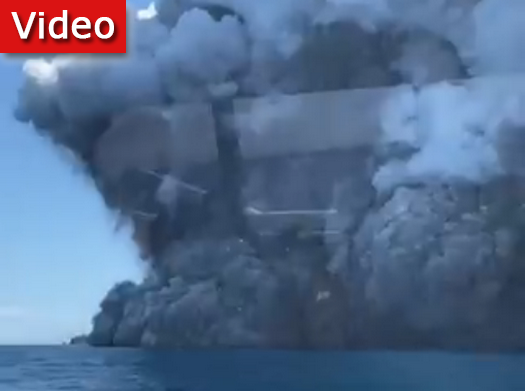 As many as 20 people were injured after a volcano erupted on White Island off the coast of New Zealand on Monday, authorities said, according to NBC News.

GeoNet, the government earthquake agency, said the country’s most active cone volcano, Whakaari White Island, in the Bay of Plenty about 30 miles off the northeast New Zealand coast, erupted at about 2:10 p.m. local time.

The Civil Defense Ministry said that the area should be considered dangerous and that a news conference was being organized for later in the afternoon.

Prime Minister Jacinda Ardern said at a news conference that “we believe 100 people were on or around the island,” some of whom remained unaccounted for.

She said the government couldn’t confirm whether there had been any deaths but added, “At this stage, it does appear to be a very significant issue.”

Radio New Zealand quoted the national ambulance service as saying as many as 20 people may have been injured on the island, which in quieter times is a popular tourist attraction.