« Prayers and Aid in Aftermath of Albanian Earthquake
French Prosecutors Drop Charges Against Muslim Man Who Killed Jewish Woman in France, Because He Smoked Marijuana » 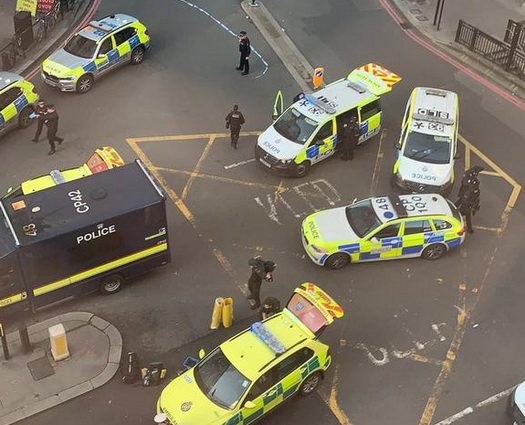 Usman Khan, 28, a British man of Pakistani origin, who carried out the stabbing attack on London Bridge on Friday, murdering two people and wounding three others, was released from prison less than a year ago.

Khan was convicted in 2012 for terrorism-related charged and was released early without an assessment of his danger to the public, despite his sentence’s mandatory requirement of a parole board assessment before being released.

“This individual was known to authorities,” Assistant Police Commissioner Neil Basu said. “A key line of inquiry now is to establish how he came to carry out this attack.”

One of the murdered victims has been identified as Jack Merritt, 25, a University of Cambridge graduate and an employee of its criminology department. One of the three wounded victims is in critical condition, one is stable and the third is in moderate condition.

Khan was arrested in 2010 when he was 19 along with a group of older jihadists inspired by Al-Queda after police intelligence revealed that the men were planning on bombing the London Stock Exchange, the American embassy, Westminister Abbey and the home of Prime Minister Boris Johnson, who was then mayor of London. The police bugged the group’s meeting place and they were overheard discussing using an Al-Qaeda manual to build a pipe bomb.

Police also heard the men praise Hitler, saying the Führer was an ally of Islam since he understood that Jews were dangerous. However, the men claimed that Hitler only managed to exterminate 100,000 Jews during the Holocaust.

The terrorist group also fundraised and recruited for a terrorist-training camp in Kashmir disguised as a Muslim school, which would send its graduates back to England to commit terror attacks.

On Friday, Khan attended a Cambridge University prisoner rehabilitation conference at Fishmongers’ Hall at the end of London Bridge, where one of his victims – Jack Merritt – was the course coordinator. Khan began going into a rage at the event and tried to go upstairs while waving two kitchen knives. Someone at the event managed to “bundle him out of the front door” where he used the knives to repeatedly stab people.

He was wrestled to the ground by bystanders, one who sprayed him with a fire extinguisher and another one who grabbed a five-foot whale’s tusk from the wall of Fishmongers’ Hall to subdue him. He was then shot dead by police officers.

« Prayers and Aid in Aftermath of Albanian Earthquake
French Prosecutors Drop Charges Against Muslim Man Who Killed Jewish Woman in France, Because He Smoked Marijuana »