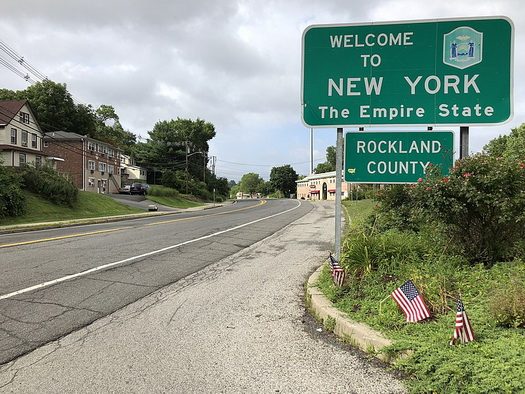 New York Governor Andrew Cuomo has ordered the NY State Police Hate Crimes Task Force to investigate after swastikas were found carved into a bathroom door at a Starbucks location in Nyack, located near Monsey in Rockland County.

“Two swastikas were recently found carved into a Starbucks bathroom door in Nyack, Rockland County. In New York we have absolutely zero tolerance for such abhorrent symbols, which are designed to intimidate and sow division and are part of the cancer of hate that has infected the nation’s body politic in recent years,” said Cuomo in a statement, according to Yeshiva World News.

“I am directing the State Police Hate Crimes Task Force to assist local authorities in their investigation into this incident and to punish those responsible to the fullest extent of the law. Anti-Semitism and hate in all its forms are repugnant to New York’s values of inclusion, diversity and acceptance – and we will continue to call out cowardly acts of hate whenever and wherever we see them,” added the Governor.

Last week, police arrested a man they accuse of beating a rabbi with a large rock in Brooklyn.

Oniel Gilbourne, 26, faces charges of assault as a hate crime and criminal possession of a weapon.

As of August 25, New York police were investigating 145 anti-Semitic crimes, most of them in Brooklyn, compared to 88 from the same time period last year, the New York Daily News reported.