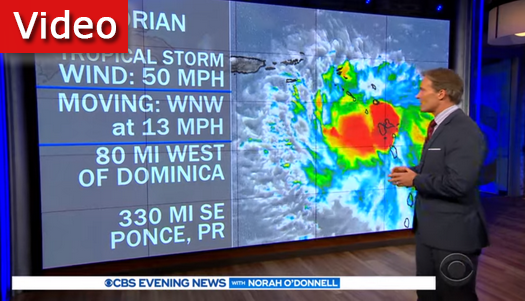 Tropical Storm Dorian is expected to strengthen into a hurricane on Wednesday, as it moves over Puerto Rico.

The storm will bring gusting winds and heavy rains over Florida during the weekend, the National Hurricane Center said. The Center also warned that the rains could cause “life-threatening” flash flooding.

Meanwhile, Puerto Rico is under hurricane watch, and as of 11:00p.m. Florida time on Tuesday night, maximum sustained winds were approximately 50 mph (80.5 km/h).

“Based on the current track of Tropical Storm Dorian, all residents on the East Coast should prepare for impacts, including strong winds, heavy rain and flooding. Make sure to have your supplies ready and follow FLSERT and local media for the latest updates on the forecast,” he tweeted.