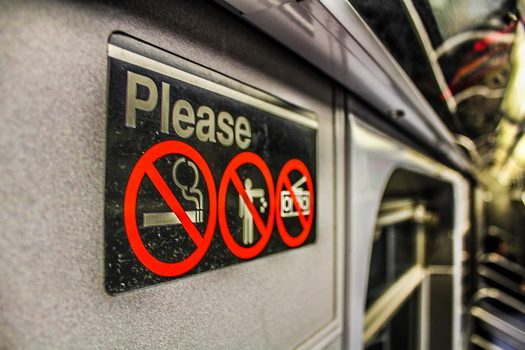 New York’s Governor Andrew Cuomo on Tuesday signed a bill to raise the state’s smoking age from 18 to 21, making New York the seventeenth state to make the move.

The law will go into effect in 120 days, and will affect the sales of electronic cigarettes, vaporizers, and traditional cigarettes.

In a statement, Cuomo said, “New York is taking aggressive action to stamp out smoking among teens and children, but tobacco and e-cigarette use still persists thanks to irresponsible corporate marketing campaigns targeting young people. By raising the smoking age from 18 to 21, we can stop cigarettes and e-cigarettes from getting into the hands of young people in the first place and prevent an entire generation of New Yorkers from forming costly and potentially deadly addictions.”

Assembly Member Linda B. Rosenthal said, “Big tobacco and its vaping industry cronies build their business by hooking young people on nicotine. Raising the statewide smoking and vaping age to 21 years old will help prevent a new generation of young people from getting hooked on nicotine. It will also ensure that young people cannot just travel to another county to purchase dangerous and highly addictive cigarettes or e-cigarettes. I thank Governor Cuomo for his continued partnership on this issue.”

“Tobacco use continues to be the number one cause of preventable death in New York State,” a statement on Cuomo’s website read. “About 28,000 adult New Yorkers die every year as a result of smoking. Additionally, an increasing number of underage youth are using both traditional cigarettes and e-cigarettes. From 2014 to 2018 youth use of e-cigarettes increased by 160 percent from 10.5 percent to 27.4 percent and more than half of teens falsely believe that e-cigarette use is harmless.”

“According to the Surgeon General, 88% of adult smokers started using tobacco before age 18 and 90% of the people who purchase cigarettes for minors are between the ages of 18 and 20. By raising the legal purchase age to 21, this legislation will help prevent underage children from obtaining tobacco products from their friends, reducing the likelihood young adults ever start smoking and become addicted, and ultimately save thousands of lives.”