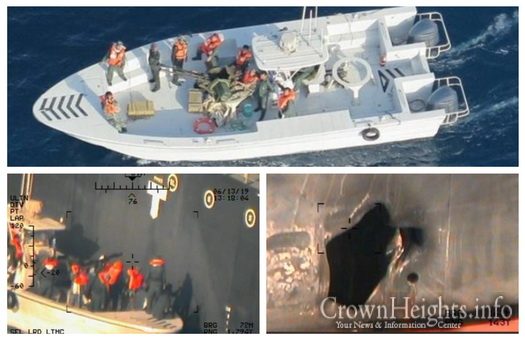 The US will send 1,000 additional US forces and more military resources to the Middle East amid tensions with Iran, the Pentagon announced Monday.

“In response to a request from the US Central Command for additional forces, and with the advice of the Chairman of the Joint Chiefs of Staff and in consultation with the White House, I have authorized approximately 1,000 additional troops for defensive purposes to address air, naval, and ground-based threats in the Middle East,” acting Defense Secretary Patrick Shanahan said in a statement quoted by CNN.

“The recent Iranian attacks validate the reliable, credible intelligence we have received on hostile behavior by Iranian forces and their proxy groups that threaten United States personnel and interests across the region,” Shanahan said, adding that the “United States does not seek conflict with Iran.”

“The action today is being taken to ensure the safety and welfare of our military personnel working throughout the region and to protect our national interests,” Shanahan stressed. “We will continue to monitor the situation diligently and make adjustments to force levels as necessary given intelligence reporting and credible threats.”

The statement came after US officials told Reuters that the United States is preparing to send additional troops to the Middle East in response to mounting concerns over Iran.

Meanwhile on Monday, the US military released new images showing what it says are Iran’s Revolutionary Guard (IRGC) removing an unexploded limpet mine from a Japanese-owned tanker that was attacked last Thursday in the Gulf of Oman.

“Iran is responsible for the attack based on video evidence and the resources and proficiency needed to quickly remove the unexploded limpet mine,” the US military’s Central Command said in a statement explaining the still-images, according to Reuters.

A Japanese-owned tanker, the Kokuka Courageous, and a Norwegian-operated one, the Front Altair, were attacked on Thursday and left ablaze as they were passing through the Gulf of Oman

US President Donald Trump has said the twin attacks had Iran “written all over it”, rejecting Tehran’s vehement denial.

US Secretary of State Mike Pompeo similarly accused Iran of being behind the attacks in the Gulf of Oman. Iran’s parliament speaker, meanwhile, hinted that Washington could be behind the tanker attacks in an attempt to pile pressure on Tehran.

Thursday’s attack came a month after attacks on four tankers off the coast of the United Arab Emirates on May 12. Two of the ships targeted in that attack were Saudi oil tankers that were en route to the United States.