Hurricane Irma strengthened into a dangerous Category 5 storm Tuesday as it roared toward the northeast Caribbean on a path that could take it to the United States.

The center said there was a growing possibility that the storm’s effects could be felt in Florida later this week and over the weekend, though it was still too early to be sure of its future track: “Everyone in hurricane-prone areas should ensure that they have their hurricane plan in place.” 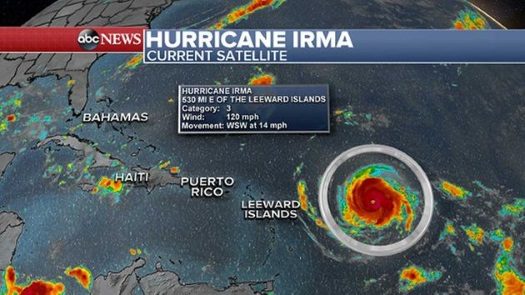