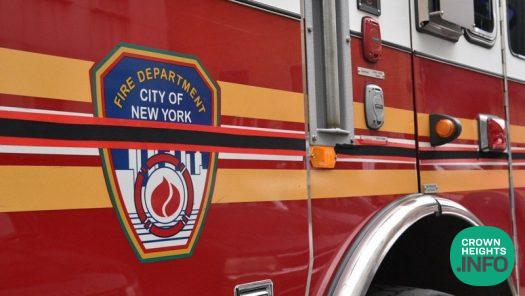 The fire began between Albany and Troy and drew many spectators as the Fire Department attempted to extinguish the flames. Despite their attempts, the fireworks of sparks and flames spread down the wires, burning past Troy and incinerating the wires all the way through Utica. The damage from the burning wires was extensive, with multiple cars burned and entire blocks left without utilities.

Fear that the fire might spread into local homes and businesses, firefighters evacuated some buildings, shutting down stores and businesses along the East New York corridor.

Con Ed and the other utility companies worked overnight attempting to restore power to the homes and buildings, with some utilities still out Sunday afternoon.

Update: If you have been effected by the fires and outages, it is imperative that you file a complaint with 311 HERE.

A complaint should also be filed with your local council members: