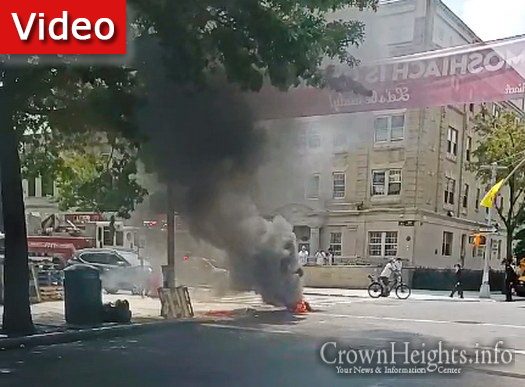 A manhole transformer fire at the corner of Kingston Ave and President Street Wednesday morning knocked out power to some Kingston Ave buildings, and sent flames and smoke shooting into the air.

The fire was first reported around 11:35am, and quickly brought out a crowd of Crown Heightsers to watch as the transformers below the street popped and exploded.

Firefighters responded to the incident, and called the police for help with the large crowds.
As multiple buildings lost power, the firefighters began to evacuate buildings.

As of 12:10pm, the firefigting efforts were still ongoing.

Update 12:15pm: Flames can be seen as they travel to a second maintanance hole in front of Judaica World. 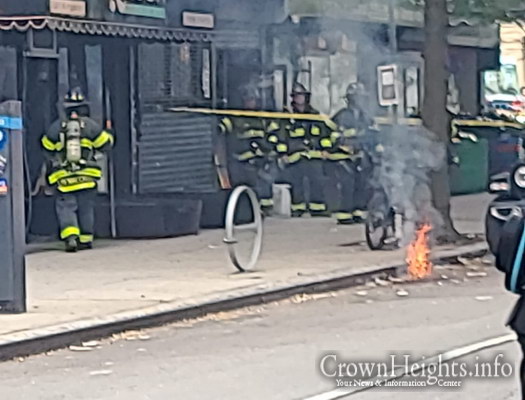 Update 12:52pm: Firefighters have doused the fire with a large amount of water, putting out the flames. 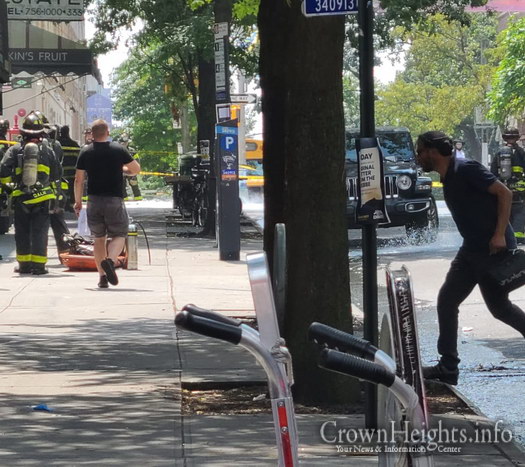 Update 12:55pm: Kahans is presently without internet, as is taking only cash transactions at this time.

Update 12:56pm: Con Ed is on scene, and is working to restore the damage. 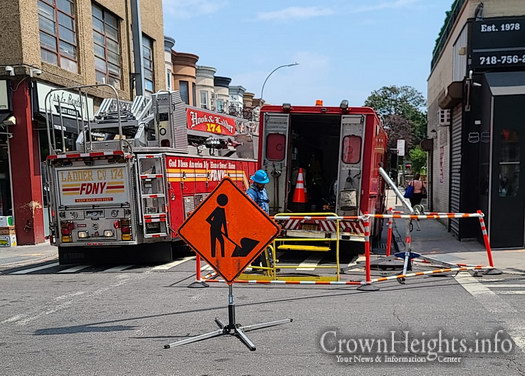 Update 1:03pm: Reports of flickering lights and power disruptions on Eastern Parkway that may be linked to the Kingston transformer fire.

Update 1:44pm: The Fire Department has completed operations and have left the scene.

Update 2:00pm: At this time, Kahans is closed, as it is without electricity entirely.

This story is developing, and will be updated as information becomes available.