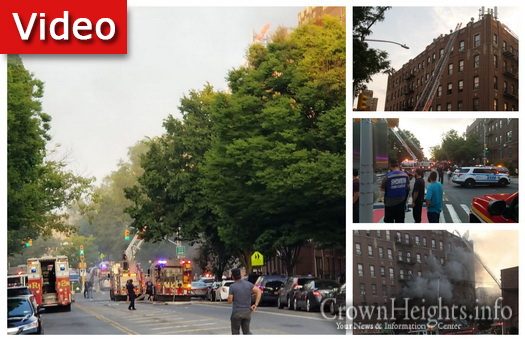 A fire broke out on the second floor of a Crown Heights building Thursday evening, gutting and apartment. Firefighters quickly gained control over the fire, and put it out within minutes. No one was injured in the blaze.

Around 7:00pm Thursday evening, emergency services received a call for a fire on the second floor of 740 Empire Blvd, a building with many Jewish residence.

Flames could be seen billowing from the windows as firefighters rescued panicked building occupants from fire escapes, and evacuated the building.

In just a few minutes, the firefighters had the blaze under control, and soon after extinguished it.

Hatzalah rushed to respond as well, with multiple volunteers and ambulances on scene.

As of 7:45pm, there were no reported injuries, with emergency apparatus still on scene.