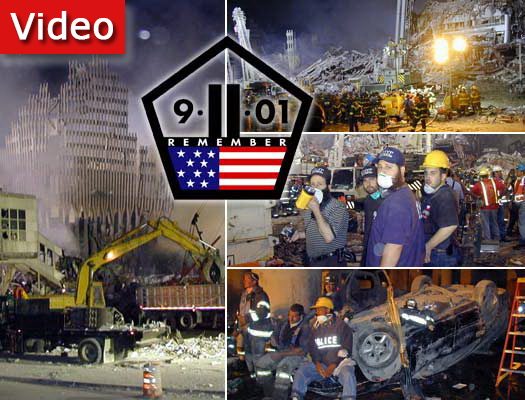 Amid the chaos and panic following the airliners slamming into the two World Trade Center towers on September 11, 2001, many men and woman answered a higher calling – instead of running away, they turned and ran towards the burning buildings in desperate attempts to rescue those trapped in the burning inferno. Among those brave men was a band of Shomrim volunteers from Crown Heights.

During their time at ground zero, one of the volunteers took these historic videos, published here on Crown Heights.info for the first time.

These photos were taken over the course of the first two nights following the terror attacks, which claimed nearly 3,000 lives, and depict the carnage through the eyes of those who rushed in after the buildings came down.