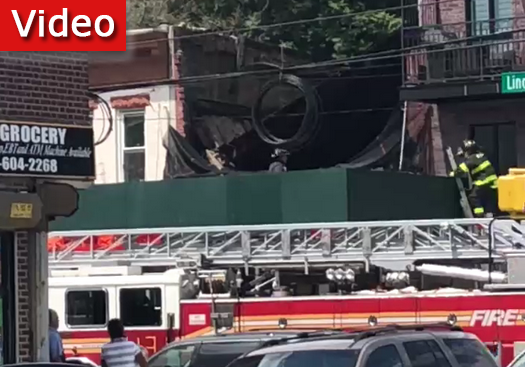 Emergency services are rushing into Crown Heights Friday afternoon after a worksite at a building collapsed, trapping at least one worker.

According to preliminary reports, the structure collapsed at a site Lincoln Rd off the corner of New York Ave around 1:15pm.

The responding emergency services shut down the area as they attempted to rescue a construction worker whose leg had become trapped in the collapse.

Update 2:50pm: Both workers have been rescued and are bring treated for serious injuries.

Update 2:20pm: One of the trapped workers has been rescued with serious, but not life threatening injuries.

Update 1:53pm: Both people trapped are conscious at this time.

Update 1:50pm: Firefighters report that the collapsed structure was only the scaffolding

Update 1:45pm: At this time, two people are believed trapped.