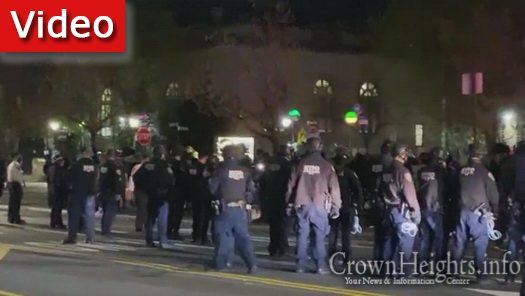 A group of nearly 200 protesters passed through Crown Heights peacefully Friday night, accompanied by a massive force of police officers.

The group had been protesting in the are of Franklin Ave around 9:45pm, before turning onto Eastern Parkway eastbound.

Followed by a mass of police officers in vehicles and on bikes, the group marched peacefully down Eastern Parkway through Crown Heights. The group ultimately dispersed near Eastern Parkway and Utica Ave, with many boarding a train at the subway station.

Throughout the protest, police choppers followed the group, hovering over the homes of Crown Heights.