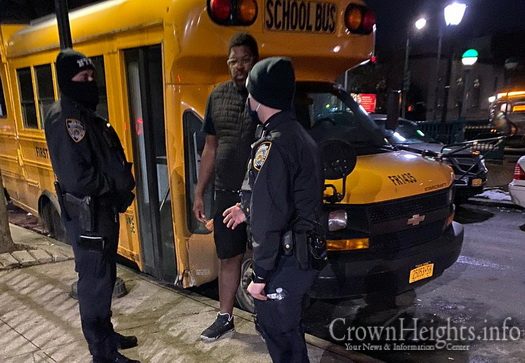 A Jewish couple walking on Eastern Parkway were attacked Tuesday night in an unprovoked assault.

According to the victim, the couple had been walking near the corner of Eastern Parkway and Schenectady Ave when a large man approached them from behind and brutally punched the man in the back of the head.

The victim was thrown to the floor from the force of the blow and immediately began screaming for help.

Two officers stationed nearby heard the screams and ran over, successfully detaining the assailant.

Shaken, the victim declined medical attention, and after speaking with the police he left the scene.

It remains unclear if the police arrested the perpetrator, or simply took his information before letting him go.