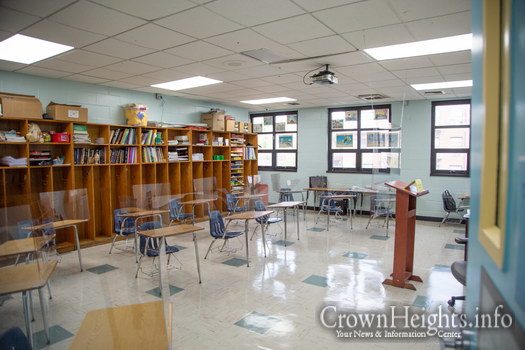 When you punish a child for a parent’s sins, you may have crossed a line.

At least two Crown Heights Yeshivas made an atttempt to “convince” parents to sign the school’s mandatory COVID-19 testing waiver by sending home students who’s parents had not yet signed.

The waiver, which allowed the school to test the students for COVID-19, created a backlash from the student body, with many coming out against it through social media.

Parents make the argument that the school is not responsible for the childrens medical care, and are overstepping with this requirement.

The schools argue that the testing is required to keep the schools from being shut down by the state.

As of now, the state is not mandating testing of school children in Crown heights.

Update: An earlier version of this article included a report that out of 40 children in 8th grade, only 17 remained. The report has been confirmed as inaccurate, with only ONE class of ULY’s 8th grade down to 17 students.