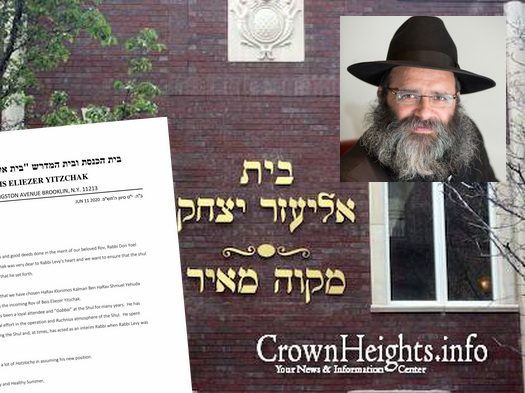 The Beis Eliezer Yitzchak Shul in Crown Heights has announced the appointment of a new Rov, following the passing of Rabbi Don Yoel Levy OBM, who was the Rov of the shul for many years.

The shul chose Rabbi Levy’s close confidant and gabbai of the shul, Rabbi Klonimos Kalman (ben HaRav Shmuel Yehuda) HaLevi Weinfeld, to the position of Rov of the Shul.

“Rabbi Kalman Weinfeld, has been a loyal attendee and “Gabbai” at the Shul for many years.” The shul wrote in a letter announcing the appointment. “He has invested immense personal effort in the operation and Ruchnius atmosphere of the Shul. He spent countless hours maintaining the Shul and, at times, has acted as an interim Rabbi when Rabbi Levy was unavailable.”

The letter, dated June 11th and signed by the shuls board, ended with a bracha for the new Rov. 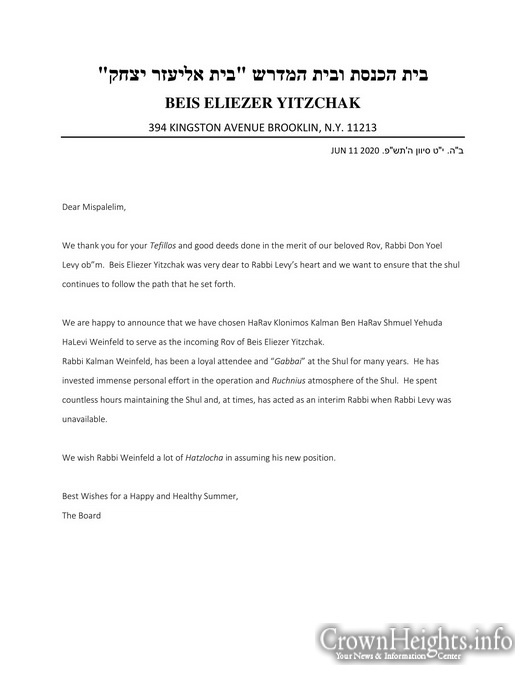