« “Tahara and Sefira,” Mikvah.org’s 4th Class In Series
Kiddush Hashem: Half of All US Plasma Donors are Orthodox Jews » 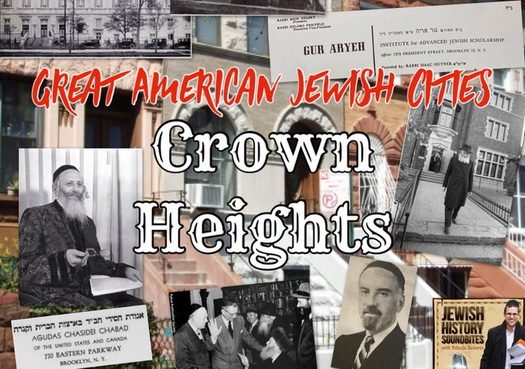 “One of the many Brooklyn neighborhoods that was a center of diverse Jewish life for decades, Crown Heights is also unique in many ways,” Gerber wrote. “From its pre war days and the first JCC in America, to the influx of Chassidic Jews in the post war, it boasted a variety of shuls, shtiebels and schools.”

The podcast included a robust coverage of the Chabad-Lubavitch community that are now the almost exclusive Jewish residents of the neighborhood.

“With the arrival of the Rayatz of Lubavitch in the United States in 1940, Chabad headquarters were eventually established at the legendary address of 770 Eastern Parkway. With the “white flight” of the 1960’s in full swing, the Rebbe insisted that his Chassidim stay put. As the courageous holdouts, Chabad would come to dominate Jewish life in Crown Heights and eventually come to be synonymous with the neighborhood itself.”

Still, many other Chassidic dynasties and organizations once populated the neighborhood, including Bobov, Skulen, Novominsk, Radzin, Yeshiva of Eastern Parkway and Kollel Gur Aryeh.

The podcast is given by noted Tour Guide, Lecturer and Yad Vashem Researcher of Jewish History Yehuda Geberer, who through his podcast brings the world of pre-war Eastern Europe alive.

« “Tahara and Sefira,” Mikvah.org’s 4th Class In Series
Kiddush Hashem: Half of All US Plasma Donors are Orthodox Jews »