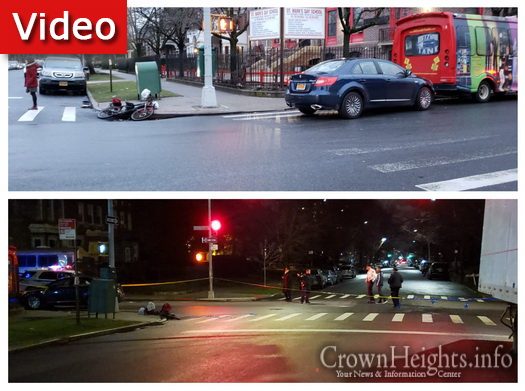 A food deliveryman was rushed to the hospital in critical condition Tuesday afternoon after being run over by a car in Crown Heights.

The incident occurred at the intersection of Brooklyn Ave and President Street just after 5:00pm as the man was riding a delivery bike.

A witness reported that the deliveryman, described as a male Hispanic, had gotten sideswiped by a car falling under the rear tires of the vehicle.

Hatzalah and 911 were called, and the man was rushed to the hospital in critical condition.