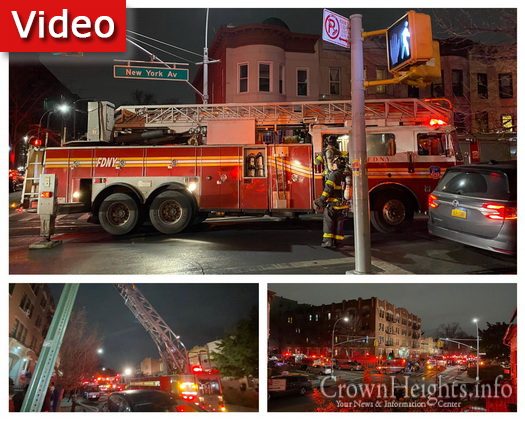 A fire broke out in a Crown Heights building around 6:45pm Thursday evening, triggering a massive FDNY response.

The fire broke out on the first floor of 349 Crown Street on the corner of New York Ave.

The Fire Department responded with around 15 vehicles clogging up the surrounding streets according to one witness.

The source of the fire was allegedly a menorah, that spread to the home.

Despite the fire causing little actual damage, the building sustained significant damage from the fire department as they attempted to quickly quash the flames.