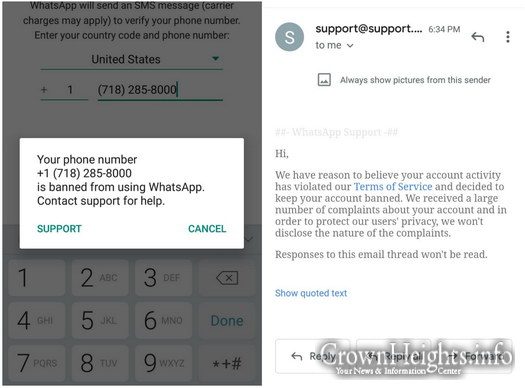 A number of Jewish WhatsApp news accounts have been closed down and banned by the app’s administration in what looks like a targeted attack. The shutdown, which affected CrownHeights.info as well, was done without warning.

It is not yet clear what the reason was for the closure blitz, but emails requesting an explanation were returned that there was an excessive amount of complaints regarding the accounts. The explanation rings hollow though, as it extremely unlikely for such complaints to occur to so many account at the same time.

Whatsapp refused to disclose the nature of the complaints, nor who lodged them.

Others that have been affected include the massive ‘belaaz’ news account.

Update: It appears that some of the accounts have been reinstated, with the most notable being Belaaz news.