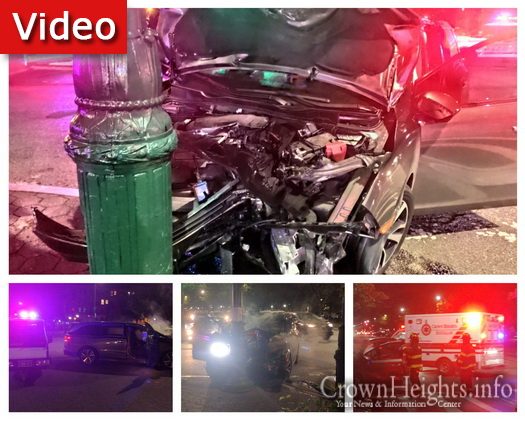 A minivan carrying three bochurim from Williamsburg struck a pole in a late night accident Motzai Shabbos. Crown Heights Shomrim, Hatzalah, and the Fire Department responded to the scene. The three bochurim were treated for minor injuries.

Three bochurim traveling West bound on Eastern Parkway a little after 2:00am Motzai Shabbos struck a pole head on, after being cut off by another driver.

Crown Heights Shomrim responded to the scene, as well as the Fire Department and Hatzalah.

The three bohurim, who were from Williamsburg, miraculously sustained only minor injuries from the accident. They were transported to the hospital by Hatzalah.