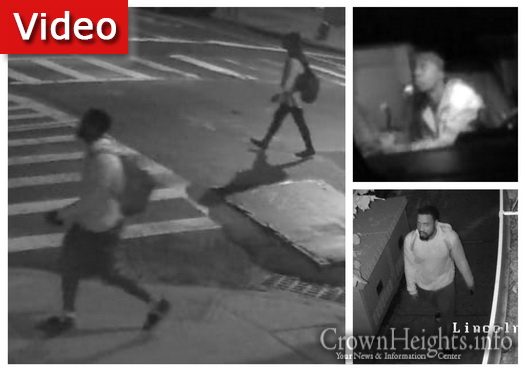 In another in a string of car break-ins, two thieves were caught on camera breaking into a car in Crown Heights this past week. The two found an open minivan as well as another car, and helped themselves to a Jewish Crown Heights residents property.

Many residents of the shchuna wouldn’t even bat an eye, others would just shrug it off as normal, as another report of cars broken into has surfaced in Crown Heights.

This time, the break-in occurred around 4:00am Thursday morning on Lincoln Pl in the North section of Crown Heights.

Two thieves were caught on camera from multiple angles as they found a minivan with its doors left open. The two rummaged through the cars console and appeared to make off with a few items.

They then strolled off, not even attempting to hide their faces nor protect themselves from scrutiny, showing a distinct lack of fear of the law.

Crown Heights Shomrim obtained the video of the incident.

Another report of a vehicle break-in the same night, is believed to have been perpetrated by the same duo.

CrownHeights.info would like to remind all residents to make sure your vehicles are secured, and all valuables removed from your vehicles before leaving.