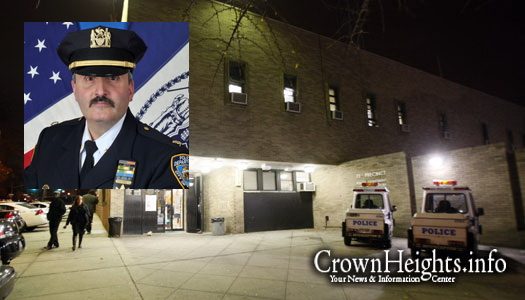 Crown Heights NYPD 71st Precinct’s commanding officer, Francis Giordano, has been promoted to the rank of Inspector in a recent ceremony that saw many promotions across New York City’s police force.

The commander of the NYPD’s 71st precinct, Francis Giordano, was promoted from Deputy Inspector to the rank of Inspector Thursday night.

The promotion was made at a ceremony that saw many commanders of the NYPD’s Precincts promoted across the city.