« Lahak: A Russian Sicha at the Farbrengen?
Serving Up Kosher at Wimbledon Tennis » 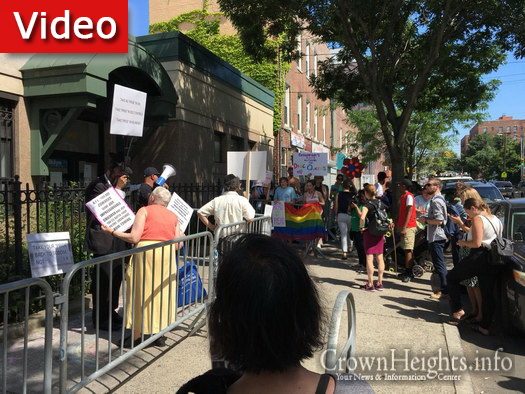 A rally and protest came to Crown Heights over immodest book readings in public libraries. The rally goers and protesters faced off in front of the Brooklyn Public Library branch on New York Ave.

The rally and protest went from 9:00am through noon, with the 71st precincts Community Affairs officers keeping the peace.

The small group of protesters which included three Orthodox Jewish Men, stood with signs promoting modesty and the innocence of children.

Despite the use of shouting, the protest passed without any incidents or violence.

« Lahak: A Russian Sicha at the Farbrengen?
Serving Up Kosher at Wimbledon Tennis »