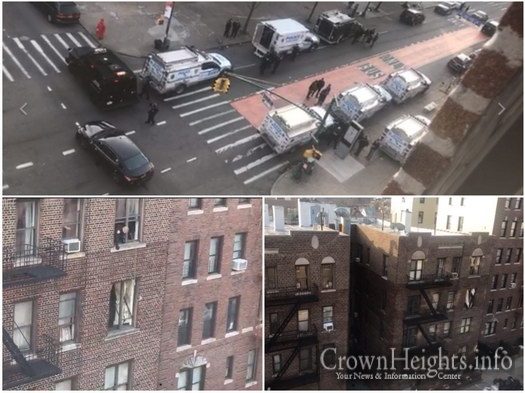 A man barricaded himself inside an apartment on Maple and Nostrand and shot at police Friday Morning. No injuries were reported in the incident.

News Helicopters were making their presents known over Crown Heights Friday morning after an early morning shooting by a person barricaded in an apartment. He was apparently wanted on federal murder charges for his alleged role in a previous Queens homicide.

The incident occurred on Maple St near Nostrand Ave at around 5:30am. The man barricaded himself inside his apartment, and attempted to shoot at police and FBI officers.

The NYPD called in its bullet proof vehicle and Emergency Services Unit, who succeeded in getting into the apartment through a window. Soon after, they reported taking the shooter into custody.

There were no reports of injuries in the incident.