« 5 Injured in Multi-Vehicle Crash
8:00pm: Is it my Yetzer Hara or My Dysfunctional Childhood? » 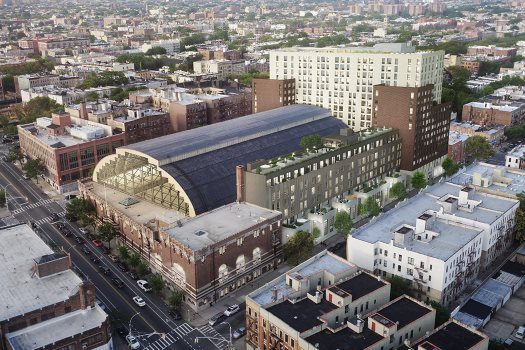 A plan to redevelop the historic, city-owned Bedford-Union Armory into a rec center, office building and apartment complex would only accelerate “the whitening of Crown Heights,” a local activist group said in a scathing new report on the plan.

The report, drawn up by researchers with New York Communities for Change, compares rent and sale prices at the Armory’s planned apartments and condos — more than half of which would be market-rate — with income statistics in the area.

Their conclusion? The Armory, as envisioned, would end up bringing more wealthy white people to the neighborhood — while driving more low-income minorities out.

“It’s clear that this project is not after delivering any meaningful benefit to the community,” NYCC Research Director Cea Weaver, who wrote the report, told Patch. “The housing that is being built, whether they call it affordable or not, is not actually affordable.”

“The people who face a housing crisis are overwhelmingly low-income people of color,” Weaver said. “This project won’t serve them.”

« 5 Injured in Multi-Vehicle Crash
8:00pm: Is it my Yetzer Hara or My Dysfunctional Childhood? »