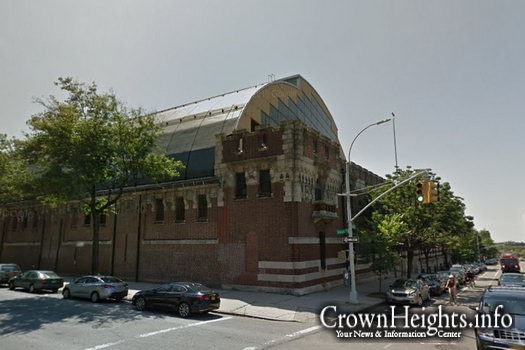 The Bedford-Union Armory in Crown Heights

On Monday, Yvette Clarke, Jesse Hamilton, Walter Mosley and Diana Richardson released a letter they had written to the president and CEO of the New York City economic development corporation (EDC) asking that “the community’s voice is both heard and acted upon” as the project progresses.

The elected officials representing the neighborhood say that’s not nearly enough in exchange for what is currently public land.

“At a time when gentrification threatens many longtime residents with displacement, we need a comprehensive approach that significantly and substantially addresses all of the community’s needs,” said Clarke in the statement.

In the letter, the elected officials called for the 100% of the building to be comprised of affordable housing units.

However New York City Council Member Laurie Cumbo — who’s currently in the process of hashing out a redevelopment plan for the Armory with the city’s chosen developer, BFG Partners — has since fired back at their all-or-nothing attitude, saying that all redevelopment scenarios for the Armory must be examined, including some that do not include 100 percent affordable housing.

“My greatest fear,” Cumbo wrote, “is that the Bedford Union Armory will remain abandoned for decades to come producing no affordable housing, no employment opportunities for our neighbors, or needed space for our local businesses and non-profits.”

And on Wednesday, in a phone interview with The Prospect Heights Patch, the council member added: “We are at the beginning of the negotiation stage. Let’s find out what all the possibilities are. That’s all.”