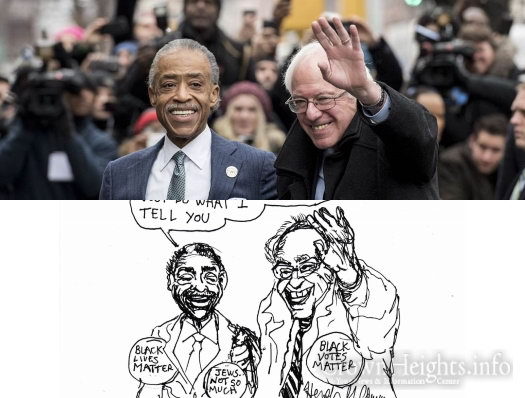 Back in February, cartoonist Hersh Goldman of Massachusetts drew two cartoons expressing his indignation that then-presidential candidate Bernie Sanders, a Jew, met with and praised one of the main instigators of the Crown Heights riots, Al Sharpton.

Now that we mark the 25th Anniversary of the riots, the cartoonist felt it was time to share them with the Crown Heights community.