« Video: How Do We Get Rid of All Our Worries?
Chabad.org Wins 3 First-Place Awards » 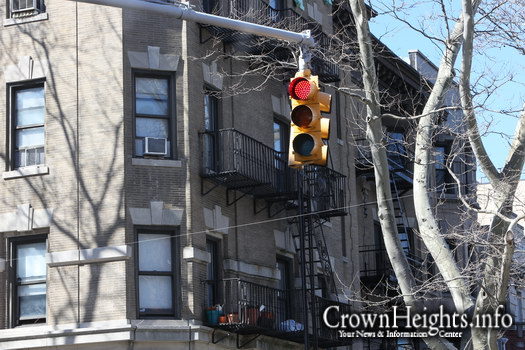 Acts of vandalism against a controversial eruv for the third time in the three weeks since it was erected have escalated hard feelings among observant Jews in Crown Heights and its surrounding neighborhoods.

From The Jewish Week:

“The vandals not only invalidated the Crown Heights eruv,” wrote the board of Congregation B’nai Jacob in Park Slope in a statement posted on a local news website. “They disqualified the broader eruv as well — including the eruv that covers Park Slope. This hurt our community and could have led to a mass chilul Shabbat [desecration of the Sabbath].”

According to community members, the Greater Crown Heights eruv, contiguous with the Park Slope eruv, was found broken in several places before Shabbat began last Friday.

The eruv, which allows observant Jews to carry items on Shabbat within its boundaries, is opposed by members of Chabad whose rebbe, the late Rabbi Menachem Mendel Schneerson, forbade the building of an eruv in Crown Heights.

Naftali Hanau, who serves on the eruv committee at Congregation Kol Israel, the local Modern Orthodox congregation supporting the Greater Crown Heights eruv, said he and other community members are “shocked and appalled that this is happening and strongly condemn the vandalism.” He said they are still waiting for local leaders of Chabad-Lubavitch to condemn the vandalism.

“We hope that the rabbis in Chabad who were so quick to condemn the eruv would be just as quick in condemning the vandalism against the eruv,” Hanau said. “Not saying anything when vandalism is occurring seems like tacit approval.”

Click here to continue reading at The Jewish Week.

« Video: How Do We Get Rid of All Our Worries?
Chabad.org Wins 3 First-Place Awards »