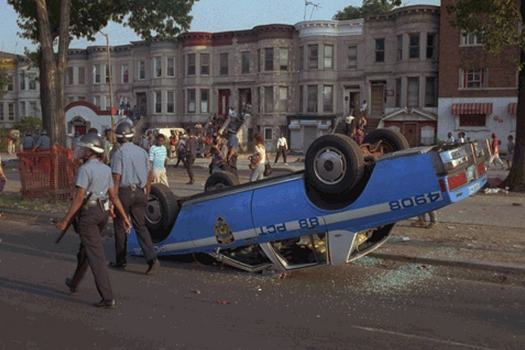 Twenty-four years ago, on August 19, 1991, a tragic car accident in Crown Heights escalated into a pogrom against the Jewish people. It later became known as The Crown Heights Riot.

The media usually gives it a politically correct description: “violence between the area’s Blacks and Jews.” But the violence was not two-sided. The Crown Heights riot was an attack on the Jews by the neighborhood’s African-American community, fueled in large part by Al Sharpton and his race-baiting ilk.

In the aftermath of the riot, only one prominent journalist – The New York Times’ A.M. Rosenthal – had the courage to call the riot what it was – a pogrom. A little over a year later, he wrote a follow up op-ed decrying the ongoing racial exploitation by the likes of Al Sharpton and Jesse Jackson. Much of what he wrote seems applicable today, almost a quarter-century later.

The 24th anniversary of the riot was marked today by Time Magazine and the NY Daily News.

CrownHeights.info presents a collection of video clips of the calamitous event: