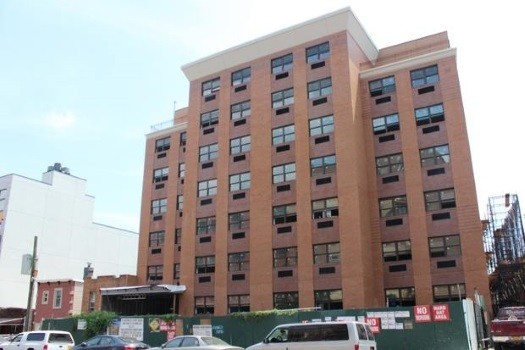 A new 46-unit ‘affordable housing’ apartment building was recently completed on Lefferts Ave. between New York and Nostrand Aves., and the NYC Department of Housing Preservation and Development is accepting applications to enter a lottery for the units. The cost? $1,909 per month for a studio, $2,047 for a one-bedroom and $2,465 for a two-bedroom.

The affordable units at 382 Lefferts Ave. between Nostrand and New York avenues are available to tenants making between $67,406 and $138,080, depending on the size of the family, according to an advertisement of the units from NYC Housing Connect, the system used by the city to conduct lotteries to fill affordable housing spots.

The Lefferts Avenue building on the border of Prospect-Lefferts Gardens and Crown Heights has five studios, 28 one-bedrooms and 13 two-bedroom units with a fitness center and “party rooms,” according to the posting. Half of the available units will be given to residents of Brooklyn Community Board 9, where the building is located. Five percent of the units will be set aside for municipal employees, as well.