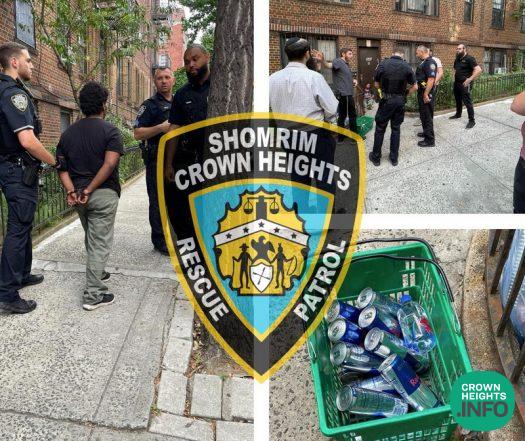 Another local shoplifter was put in cuffs Friday thanks to a great response by Crown Heights Shomrim just hours to Shabbos.

According to reports, the shoplifter had stolen a basket from a local Jewish supermarket loaded with Red Bull drinks, making off with the items without much care. She didn’t make it far.

After being alerted to the theft, Shomrim caught up with the woman and kept her and the stolen items on scene until officers from the 71st precinct arrived.

“A shoplifter from a local supermarket was apprehended by our volunteers and @NYPD71Pct after a fast response,” Shomrim published on their Twitter page. “Job final: one UNDER.”

While the woman is likely already out on the streets, such arrests do stay on a person’s record, making future crimes more likely to be considered for harsher punishments.