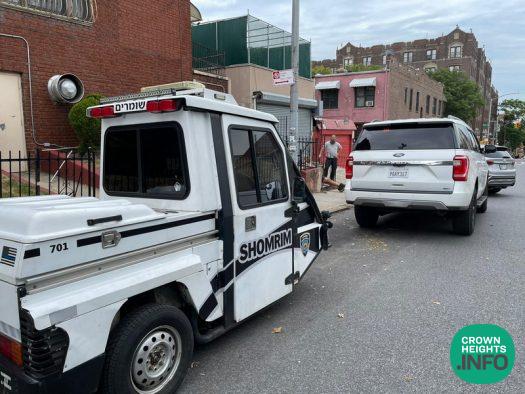 A shirtless man is cooling his heels in cuffs today after alert Shomrim volunteers found him vandalizing Rayim Ahuvim Shul in Crown Heights.

In two incidents just minutes before, separate Shomrim volunteers found the suspicious man hanging around the area of Carroll Street and Schenectady Ave, and knew he was up to no good.

Aware of the sensitive location, one of the volunteers came back to check on the shul, only to find the man tearing off metal bars from the shuls gate on Schenectady Ave.

After a brief conversation in which the man lifted a metal bar as a threat, the volunteer convinced the man to drop his weapon and sit down on the floor.

Shortly after, officers from the NYPD 71st Precinct arrived and took the man into custody.