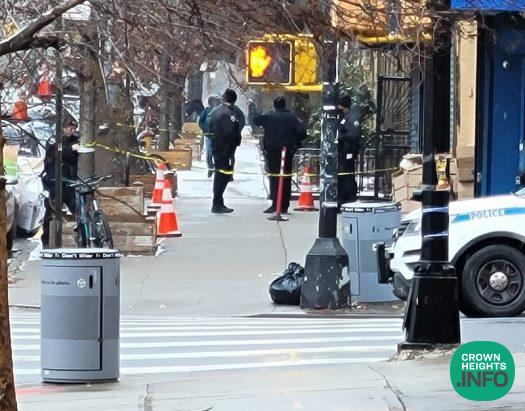 Three gunshots were heard in Crown Heights Friday morning just as a major snowstorm begins to sweep into the area.

Three shots were reported by multiple people in the area of Nostrand Ave and Crown Street around 11:00am Friday morning.

Police responded to the area and set up crime scene tape near a laundry mat on Montgomery Street between Nostrand Ave and Rogers Ave.

At present, no injuries were reported, but the NYPD is investogating.